This post was originally published on 11/1/2017. It has been updated to more accurately reflect the current tire market.

The allure of the open road has long been a part of the American mythos. Even as fewer teens are jumping at the chance to get their driver’s licenses, owning and caring for a car is still a part of our collective psyche. As generations of Americans have hit the highway in cars of all shapes and sizes, good tires have been a key component on those road trips. In honor of the upcoming SEMA Tire show, here is a look at what’s making ‘traction’ in the otherwise calm and unchanging Tire market.

Stability At The Top

The top three brands that continue to drive the tire industry were also the key players that drove the automobile era from wood and metal tires to rubber; Goodyear, Michelin & Firestone, all holding strong while maintaining the top spots for market share overall. Goodyear & Michelin have repeatedly held the lead over the last 10 years for first and second place for both unit and dollar share across the tire category.  With these tire icons holding steady, we see a slight increase in overall brand awareness among tire consumers. Overall, percentage of respondents reporting ‘don’t know’ when asked tire brand has decreased slightly over the past few years. Read on to see how some retailers are managing the brand mix overall for tires.

While the top three tire brands hold steady, there has been some movement in the ranks. Most notably, Walmart’s private label, Douglas Tires, manufactured by Goodyear, has slowly been gaining share. Though their overall unit share is small, 3 percent, Douglas has seen significant YoY unit growth for two of the last three years.  Walmart’s commitment to the Douglas brand has helped propel them to #1 in the market with 14% of the total outlet share for tires, which we will explore further.

This recent growth in Douglas Tires has come at the expense of the Goodyear brand. While Goodyear is still the number one player, Walmart’s private label tires have climbed the product list to #2 for the retailer. However, this is not entirely bad news for Goodyear, given they do manufacture Douglas Tire specifically for Walmart.

Walmart has become one of the nation’s largest tire sellers – showing significant growth over the last several years. Multiple factors have played into their success, including Walmart drawing more consumers shopping for tires into its store than any other outlet (Source: TraQline 4QE June 2019). Additionally, both its draw rate (percent of buyers shopping at Walmart) and close rate (percent of buyers purchasing from Walmart) continue to increase. In the four quarters ending June 2019, Walmart drew 19 percent of tire shoppers, and closed 74 percent of tire sales compared to 18 percent and 71 percent, respectively, just a year ago.

As the brand mix at Walmart has shifted, the top 2 brand leaders in store include Goodyear & Walmart’s own Douglas brand. A true testament to both Goodyear for creating a strong product and Walmart’s ability to meet customer needs has helped Douglas grow to become almost equal to Goodyear in terms of overall units sold. For example, Goodyear’s market share at Walmart in 2015 was nearly 30 percent. However, by 2017, Goodyear dropped 6-percentage points as Walmart’s private brand grew from 16 to 21 percent in the same time period. As of the four quarters ending June 2019, Walmart’s brand has settled at around 21 percent, while Goodyear has remained at about 22 percent. Despite these two tire leaders holding nearly 42 percent share for Walmart overall, BF Goodrich, Firestone and Hankook also recently gained share.

Despite the growth in units overall for Walmart’s brand, the dollar share is lower than expected reaching 1.5% of the overall market. This is a result of several things:

Walmart has also done well at building brand loyalty in its Douglas Tires. Almost one fifth of consumers indicated that they chose the Douglas Tires brand because it was a brand they had previously owned. This puts them only a few percentage points behind Firestone for brand loyalty; though Walmart still trails behind Goodyear and Michelin for brand loyalty (31 percent and 44 percent respectively for the year ending June 2019).

Another important note in the tire industry overall is the growth of Amazon as a tire retailer. While they are predominantly an online seller, they have a partnership with Sears Auto Centers that has allowed them to grow. Consumers can purchase tires through Amazon online but pick up and installation is done at the Sears Auto Centers. Additionally, Amazon introduced tire installation as part of their Amazon Home Service package that would allow for home installation of tires, or installation at other local stores This partnership has helped Amazon grow to nearly 1 percent of the total Tire market.

The Elephant In The Room: Amazon vs Walmart Market Share

Head to Head (to Head)- How Walmart, Amazon, and Best Buy Compare

While there have not been any major changes in the Tire market over the last few years, there are shifts if you know where to look. Like the open road, it’s mostly smooth sailing, with just enough unknown to keep things exciting. Are you in the tire industry? Let us know your thoughts either by tweeting us @TraQline, or dropping a note on LinkedIn. 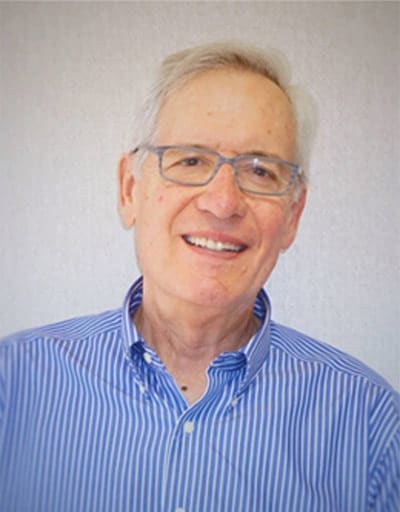